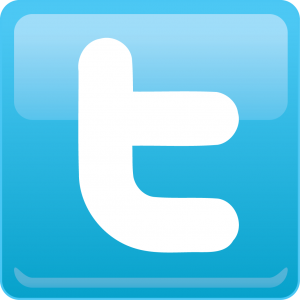 I have been talking to a number of people recently about their use of Twitter. There are different leagues of followers. Most stay in the lower hundreds. And many just put a toe in the water remaining in the lower tens. But there are increasingly those who make the thousands. Then there is the über league: the famous, the attractive and those who have become a cult through Twitter: up in the hundreds of thousands and millions. Justin Bieber has just under 24 million followers. Every time he tweets about his latest song or album (and he has tweeted over 16,000 times) potentially 24 million fans read it. That is a lot of the world’s eyeballs. The mind boggles at what Justin feels every time he fires off a tweet. Jesus comes to mind.

We live in a world of followers, favourites and thumbs up. Screes of strangers, all reading the thoughts of each other, criss-crossing the globe. In just a few years, Twitter has seeped into the lives of the masses, taking over from Facebook, as the social media of choice. There is something reassuring and compelling about having a constant stream of tweets, with their accompanying face profiles, ticker tapering down your mobile or laptop screen. You are in the thick of the buzz. It is free, witty, risqué, ever changing and addictive. One of my colleagues, who spends a lot of time actively participating in the latest online milieu, exclaimed how, if needs be, he could do without Facebook but not Twitter. It has become his lifeline; his way of keeping up and in with the world of academia, politics, family, gossip and everything else. He has tweeted 932 times, has 808 followers and follows 86.

I checked up on a few more of our mutual colleagues and was surprised to see how many were in the 1000s league of followers and followed. Were they all following each other and did they get their students to sign up as par of the course? I can’t imagine having 100s let alone 1000s of people interested in my thoughts each day. I looked up Brian Cox (44 years old, OBE) – and he has become our academic Twitter poster boy (nearly 1 million followers).

The number of followers to followed is rarely symmetrical. It seems we like to be followed more than following others. I wonder how much people care about their stats and when the 1000th follower comes along they get a rush. Then there is Twitter analytics that allows users to “see a plethora of data about their account; for example, information about which tweets are most successful, which tweets caused people to unfollow, and who the most influential users are that reply and retweet their messages.” Is there no end to it…

I asked some of my friends – in their 20s – who they decide to follow and who follows them. What they all have in common is a list of funny people, like Stephen Fry (12,245 tweets, 52,080 following, 4,770,994 followers) and Ricky Gervais (2363 tweets, 49 following, 2,565,807 followers) – thinking they will be drip-fed more of the funny stuff. But funnily enough they’re often rather disappointing since the pros – for obvious reasons – keep their best gags to themselves. A savvy chef I have got to know (5761 tweets; 649 following, 2774 followers) was telling me how he used to put much more out their about himself and his family but now is very professional about what he tweets or retweets – only passing on information about new restaurants, or needing a chef, latest cooking, equipment, new gigs, and what is in the news, such as a jibe about John Terry, etc. Nothing critical, personal or special – in case it suddenly goes viral. You don’t want to put your career on the line because of one impulsive moment. For others, it has become a community board.

Then I randomly landed on some young kid’s twitter feed, whose name was made up all of symbols. His tweets were full of expletives, slang and sex – a wholly different world to the others. His tagline was “A young teen from Brooklyn tryna make a life in VA like my lovely ACE.”

So where is the fun in wiling away the minutes, for some hours, each day on Twitter? For the artisan and the academic – the chef, musician, stand up comic, etc., it has become integral to their working lives, enabling them to continue to be successful and ahead of the game. Keep tweeting and you remain foremost in people’s minds – popping up in their list for the next big party, event, review, conference, etc. For the teens it is a world of racy rap and thrill.

Another friend said he gets a kick out of it when a famous or rich or seemingly big person tweets him back. Sometimes, he will do a random click on a bunch of the followers of Ricky Gervais just to see what happens. And just last week a man who appeared wealthy and said he was into space research had picked up on his tweet on travelling in space and tweeted back.

But perhaps the funniest thing about Twitter is the number of imposters there are. Twitter now provides its aqua blue tick icon as a way of letting you know who is the genuine person amongst the pretenders. But for the uninitiated you could end up being duped. When I started following Wayne Rooney there were several candidates to choose from – and I chose the one with the most followers. Then I had one of those uncanny coincidence experiences. Last week, while channel hopping after the footie, we ended up watching a few minutes of some soap called Benidorm. Two ladies were waiting at the bottom of a water slide for their loved ones to come down and the older one got talking to the other about Twitter. She started telling her about how you never know whether you are following the person you think it is. And, it can be more fun following the person who is impersonating rather than the real one because they are often funnier. I was reminded of one of my classmates, who used to do a wicked Tommy Cooper impersonation all the time, when we were in our early teens, and had the class in stitches because he was much funnier doing the ’just like that’ gag than Tommy Cooper was being Tommy Cooper. And now he is a famous actor with 25,952 followers. That is if it is the real Bradley Walsh.