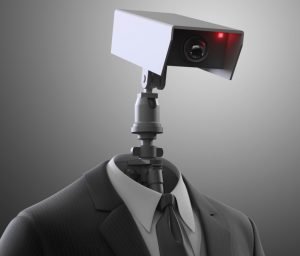 Recently, I read a newspaper article about a family who were having dinner in a restaurant when they all received an alert on their phones saying that someone had activated their home security system. They clicked on the app and watched in horror as they saw grainy infra-red images of masked burglars breaking their front door down. Their immediate reaction was to call the police. But before the police arrived the burglars had long gone, taking many of the family’s valuables with them.

The experience of witnessing a break-in at your own home by watching it remotely on your smartphone must be surreal. You must need to do several double takes. Apparently, according to other news reports, this new kind of surveillance experience has happened many times in the last couple of years. One woman, who it happened to in Kansas, exclaimed, “It’s nerve-wracking. Kind of makes you sick to your stomach.”

Why would anyone want to put themselves through their own home horror movie? Apparently, large numbers of people are buying these IoT home security systems now, as they become more affordable and the marketing blurb ever more reassuring. Lots of people have a CCTV camera set up next to their front door so they can be alerted while away and then watch who comes by. Many, too, have an array of sensors fitted on their windows to catch someone out if they try to intrude that way.

Sadly, the plain truth is that most burglars don’t appear to give a monkeys about the latest trend in DIY home security systems. They wear masks that make them unrecognisable on camera and they know how to get in and what to look for and where to find it in minutes. Given this is the case, why would anyone want to watch on helplessly and in a state of terror, knowing they can’t do anything to stop the criminals? Seems like torture rather than a reassuring deterrent. 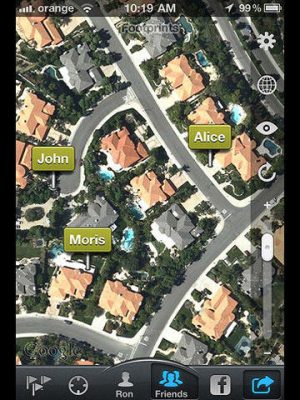 Not only are we increasingly setting up cameras to watch who walks up to our front doors but we are also now using ever more child tracking software. There are countless apps available that aim to reassure anxious parents where there kids are at any time by tracking their phones using GPS in real time. One boldly calls itself Life360. Parents can be sent a barrage of buzzes to their phone or smartwatch as to their whereabouts – when their child reaches school, when they are playing in the park or even when they are just about to walk in the front door at the end of the day. The children can also be ‘geo-fenced’ where boundaries are set where they live that they must not cross. If they do, then the parents are immediately alerted. The upside of this helicoptoring is it can be nice for the child to know someone is looking over them; as one mum explained about her son, “so when he gets to the end of the road on his way home, I can just go and open the front door, so he doesn’t have to get his key out.” Yikes, what will happen when the child leaves home for good? 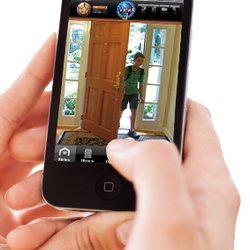 The apps can do more that show a child’s whereabouts. They can capture the child’s phone usage, letting you read their text messages and social media posts. As sagely written by Tanith Carey in an article in the Telegraph newspaper, “do they provide the reassurance they claim? Or are they creating a generation of parents who find it hard to cut the apron strings?” And therein lies the rub.