Warning: Use of undefined constant core_mods - assumed 'core_mods' (this will throw an Error in a future version of PHP) in /nfs/c06/h02/mnt/186971/domains/interactiveingredients.com/html/wp-content/themes/interactive-ingredients/functions.php on line 14
 Remembering Others - Interactive Ingredients 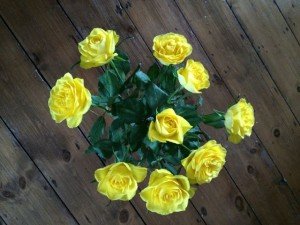 How would you like to be remembered after you die? Most of us hope by our better qualities and achievements in life. Special people leave an enormous legacy because of what they have done on the world stage. Nelson Mandela has been put on a pedestal like no other – eclipsing President Kennedy, whose death shocked the world when he was assassinated in his prime.

The passing away of Nelson Mandela resulted in an unprecedented outpouring worldwide, from all walks of life – bloggers, tweeters, journalists, friends, family, and many famous people – praising him for what he had achieved, what he stood for and what he had suffered during his 95 years. 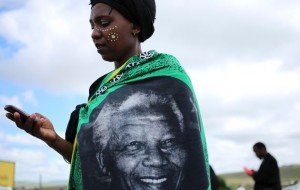 The obituaries were glowing and over-flowing about his life. One could not help but be moved to tears by what he had done and what had been done to him. Many waxed lyrical but every word was heartfelt. For example, Paul Vallely from the Independent newspaper wrote: “Nelson Rolihlahla Mandela embodied not only enormous political sagacity but also an almost saintly capacity for magnanimity, forgiveness and reconciliation.” And then later on “His life was an inspiration not just in South Africa but throughout the world, to all who are oppressed and deprived, and to all who are opposed to oppression and deprivation. He was a model of faith, hope and charity. There was about him something to which the world aspired.”

The many speeches in the days following his death were equally moving. “Our nation has lost its greatest son” said the incumbent president Jacob Zuma. President Obama described him as an “influential, courageous and profoundly good” man who inspired millions — including himself — to a spirit of reconciliation.”

My dad died a couple of days after Nelson Mandela did. He was 89. I am writing my tribute now for his funeral on Monday. He was – to those who knew him – a special, gentle man.

Eulogies are a way of praising someone who has recently passed away. Best known is W.H. Auden’s poem “Stop all the clocks” that was popularized in the film Four Weddings and a Funeral.

Stop all the clocks, cut off the telephone,
Prevent the dog from barking with a juicy bone,
Silence the pianos and with muffled drum
Bring out the coffin, let the mourners come.
Let aeroplanes circle moaning overhead
Scribbling on the sky the message He Is Dead,
Put crêpe bows round the white necks of the public doves,
Let the traffic policemen wear black cotton gloves.

He was my North, my South, my East and West,
My working week and my Sunday rest,
My noon, my midnight, my talk, my song;
I thought that love would last for ever: I was wrong.
The stars are not wanted now: put out every one;
Pack up the moon and dismantle the sun;
Pour away the ocean and sweep up the wood.
For nothing now can ever come to any good.

Finally, there are poems about how to deal with grief. A friend sent me an extract from a William Blake poem that captures the best way of doing it – experiencing and dovetailing joy and woe in equal measures.

Joy and woe are woven fine,
A clothing for the soul divine,
It is right it should be so,
We were made for joy and woe,
And when this we rightly know,
Through the world we safely go.