Warning: Use of undefined constant core_mods - assumed 'core_mods' (this will throw an Error in a future version of PHP) in /nfs/c06/h02/mnt/186971/domains/interactiveingredients.com/html/wp-content/themes/interactive-ingredients/functions.php on line 14
 Left Behind - Interactive Ingredients 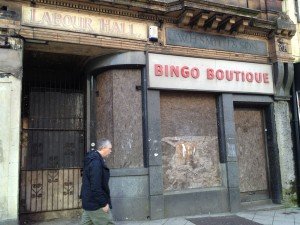 When I lived in Swansea, in my student days, I often heard it said that the city was the graveyard of ambition – wrongly or rightly attributed to Dylan Thomas, the great welsh poet who once lived there. The sentiment behind this omen was to get out as soon as you could. At the time I never gave it much thought; being a young whipper snapper full of ideas and dreams. But after visiting the city again, a few days ago with seasoned eyes, I can see why it continues to reverberate through the city right down the valleys. While there are pockets of economic growth and a marvellous football stadium gleaming on the outskirts, the city has become pitifully run down, looking a shell of its former proud self.

This is even more tragic given the location of Swansea – situated in a beautiful part of Wales, nestled underneath the stunning Gower Peninsular, which is renowned for its outstanding beauty. Swansea, too, can count a number of breathtaking bays and views of its own (indeed the glossy university brochures and websites portray a picture of Swansea as if it was California). As students, we frequented these magical places; walking, romancing and talking like welsh philosophers and poets. But it was not just the coastlines that germinated our ideas; it was also the life, quirkiness and culture seeped in the place that nurtured our dreams. 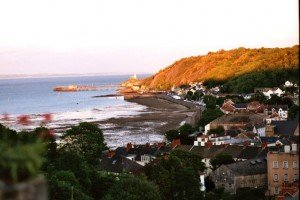 For a few years I used to live in the Mumbles – a picture postcard fishing village on the outskirts of Swansea. One year, we rented a fisherman’s cottage overlooking the bay, where each night we listened to the moored sailing boats in front of us tinkling in the wind. Between the sea and us was a street full of individual pubs. Each had its fill of real characters whose strong welsh voices sung heartily and told tales into the night. At the end of the road, was a Victorian pier whose wrought iron work was covered in barnacles, rust and seaweed. And at the end of the pier was an enormous nightclub called Cinderellas. It lived up to its name. Every friday night we would end up dancing our socks off to the likes of the Smiths, Talking Heads, David Sylvian, B52s and Billy Idol. This weekly merriment was followed by a Saturday pub lunch at the White Rose, mingling and talking with the locals about the rugby. Then Sunday it was Dylans (a lively mainly student pub) and Monday a rendezvous at Bentleys for a 60s night, a dressed up nightclub, where we put on our glad rags and the locals danced in their stilettos. You just knew where to go each night.

Town and gown, by and large, happily mixed in the melting pot of the Mumbles. 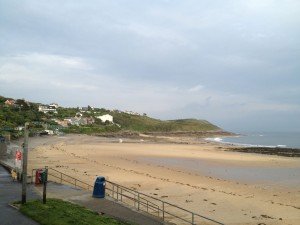 This visit, I had come to Swansea University on business. In the evening we went for a meal at Langland Brasserie, located in a fantastic spot overlooking the pristine bay. I was full of anticipation. However, as my taxi driver drove me along the unfolding Mumbles Road, he looked dolefully at me in his rear mirror and said the Mumbles was not the same anymore. I looked at his reflected self quizzically while squinting at the glistening pier on the horizon in the evening sunlight. I knew times had been bad but I thought that this fishing village would be spared because it had always been overflowing with a joie de vivre. I started listing my favourite haunts – to which he replied gone to each one; even the stalwart Cinderellas, he said, had been knocked off its perch and replaced by a skating rink. I was gutted.

But it was not just the Mumbles. Other areas of Swansea I had fond memories of being in had been lost in a similar fashion. Not only a graveyard for ambition but a forgotten town. Cued and primed, I could not help noticing boarded up bingo halls, labour clubs, pubs and nightclubs, everywhere I looked – that once were the places working folks from the town and valleys mingled with joyous students from all walks of life to forget their hardships. They are no longer. No soul. Feral gangs of hard-done-by teenagers now run menacingly wild in the streets.

The social gatherings held in these places of old have been largely superseded by comfy couch life, where family and friends congregate at home, watching end-to-end sport, reality TV and soaps, on their larger than life HD and 3D TVs. 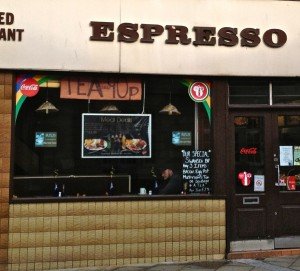 I felt an aching sadness as I walked to the station the next morning past the former social centres – their old signs just barely perceptible. Opposite the station, I noticed a run-down café that was open; with a single Hopperesque man sitting in the window framed by a piece of cardboard, that had a faded shaky “TEA large 90p” handwritten on it. Not far from this very spot I once saw the Specials play. I remembered us all pogo-ing manically to their infectious pop songs. Their hit single “Ghost Town” had a chorus we all loved to sing along to – the prescient lyrics seem more poignant today than in the 80s.

By now, I was in the depths of despair. How has Great Britain let the heart be ripped out of so many of its cities, towns and villages – it’s not just Swansea.

Lyrics for “Ghost Town” by the Specials

Do you remember the good old days before the ghost town?
We danced and sang as the music played in any boomtown
This town is coming like a ghost town
Why must the youth fight against themselves?