Warning: Use of undefined constant core_mods - assumed 'core_mods' (this will throw an Error in a future version of PHP) in /nfs/c06/h02/mnt/186971/domains/interactiveingredients.com/html/wp-content/themes/interactive-ingredients/functions.php on line 14
 Inspiring Otherness - Interactive Ingredients 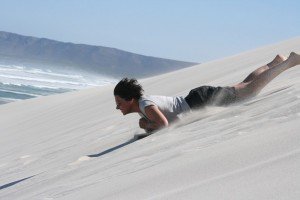 I flew back to Cape Town at the beginning of 2013 for the second stint of my dream fellowship. South Africa left such an enormous impression on me last year that I craved for more of its beauty, intrigue and mystery.

First port of call was a magical place called Stanford – a mountainous coastal village near Hermanus. Good friends from Cape Town had invited me to stay with them in their house in the bush; a tranquil remote spot on the water’s edge. 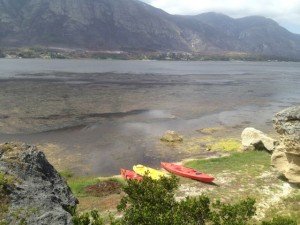 During the days we were treated to fish eagles and mole snakes. During the evenings we sat round a roaring campfire staring at the night sky and admiring the inky darkness encrusted with milky ways, shooting stars, a very bright Venus and satellites mysteriously circling the earth above. And periodically we experienced the doppelganger mating call of the African Platanna frogs in the lagoon like the sudden onset of a steel band in full flow.

Technology simply slipped from our thoughts as nature filled our imagination.

Over dinner one night, the topic of conversation moved onto uniform rules in South African schools and how strict in detail they were a generation ago. The legacy of obedience and punishment for deviating – even ever so slightly – remains today although the rules are a little more lenient so as not to be too out of step with modern fashion. A boy’s hair has to be cut above his ears and shirt collar. A girl’s hair has to be tied back and her skirt has to be 7 inches above the knee. Boys not allowed earings. Girls only allowed one stud in each lobe. And so on. All exactly specified. Every week each child’s hair is checked and their attire measured.

I wondered how this regime impacted on their impressionable minds. What purpose does it serve that socks have to be of a certain colour, have the right stripe and be worn with cuffs at the ankles? And for those who dared to have an extra piercing in the upper part of their ear or a streak of colour added to their hair – would such peccadillo-inspired defiance, with potentially grave consequences, lead them to be different in later life?

The conversation then moved onto which teachers the kids liked at their school, which they disliked, who was good, bad and who was just plain weird. The 14-year old daughter, F, piped in about her maths teacher, whom she claimed not to like but admitted to being good because she made them work hard, fear and respect her. And whats more F’s grade went up by 15% last year. It turned out that F’s maths teacher stood out from the rest: riding a Harley Davidson, having short hair, wearing men’s clothing and taking part in cage-fighting (cage-fighting is predominantly a male sport where competitors try to force each other to submit by attacking each other in a cage with punches, kicks, knees and elbows and choking). Moreover, she even has a large baseball bat at the side of her desk that she threatens the kids with – if needs be. The antitype for school children brought up on a strict diet of female and male roles and rules. Maybe she was one of the few who broke away when she was a school child in an even harsher regime and now imposes her own self-styled code of conduct. Paradoxically, it appears as another form of severity but with an alternative twist.

The 11-year old son, F, then chirped in about his art teacher who was, “like, 600 (sic) years old, a hippy, with long grey hair and wore strange clothes.” He also was held in high regard, being thought of as a good teacher who made them see the world differently.

There was magic and mischievousness in the kid’s eyes as they talked fondly about their teachers who dared to be different. Thank goodness the school does not lay down the law for what the teachers can wear, say or do. Children so need to value divergence in a uniform world of orderliness and, importantly, be inspired to otherness, themselves.