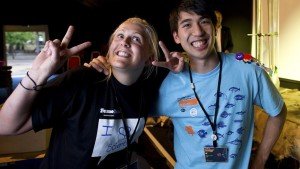 Last summer London was awash with the feel good factor, fuelled by a sea of volunteers going out of their way to help tourists while jollying visitors to and from the Olympic Park. You couldn’t help noticing them and then remarking on how cheerful they were. Moreover, how it rubbed off on the normally, sullen-faced, cynical city-dwellers. Strangers smiled at each other and then sparked up conversation. The clocks slowed down as the athletes got up to speed. Urbanites joined in the fun and London was transformed into a convivial city.

All sorts of people will go out of their way to work all hours of the day on crazy shifts without getting paid – whether it be the Olympics, manning museums and galleries, working in charity shops or helping out at festivals. But, why do they volunteer? For the young, it can add to their CVs, improving their chances of getting a job; for the retired, it provides a lifeline back into the community, making them feel they are doing something worthwhile, whilst for others, it provides a chance to be an ‘official’ at an event, like a music festival, and if lucky schmooze with the big names.

Last week, I had the pleasure of being looked after by a string of impeccably-dressed, good-mannered and well-educated volunteers at the Cheltenham Science Festival. From the moment I arrived, I was chauffeured from the station to the VIP room, given food and drinks, set up with a mike and tested in the tent I was to speak in – by very delightful volunteers from different walks of life. It made my visit very enjoyable. I was mightily impressed by how genuine they all were and how they did not mind working 10-12 hour days.

But there is a darker side to volunteering, sometimes people want to please or do too much. During the festival, one of the science editors from The Times, Hannah Devlin, was talking animatedly about how some doctors, who volunteer their services in disaster zones, do more harm than actual good. She mentioned the 2010 earthquake in Haiti as an example where it was claimed that some of the doctors were a little too eager using the surgeon’s knife, amputating legs and arms, that was later considered by experts, unnecessary. It seems they jump into the deep end, often working outside of their specialty. Whilst we praise the heroics of a doctor who volunteers their services mid-air on a flight to help deliver an emergency premature baby, chopping a leg off in a disaster area, without proper consultation with other experts, is seen as overstepping the mark. 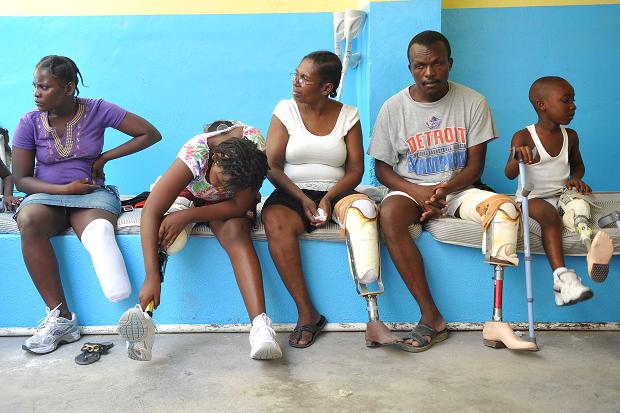 Might we consider other ways of helping? I have been having an ongoing discussion with one of my PhD students, Mara, for the last few months about how and why it might be good to encourage people to be more pro-social rather than to volunteer. By this, is meant promoting behavior that both parties benefit from, leading to more social acceptance and even friendship. So, instead of seeking out ways of helping others worse off or perceived to be in need, it frames the relationship between giving and receiving as one on a more even footing. Whilst someone in Haiti, whose leg is bleeding profusely, would prefer morphine over a cup of tea, there are many other situations where sparking up a conversation with a stranger might lead to something shared and special. Last Friday, Mara sent us a quote by Theodore Zeldin, that although a bit cheesy, makes a lot of sense:

“It is in the power of everybody, with a little courage, to hold out a hand to someone different, to listen, and to attempt to increase, even by a tiny amount, the quantity of kindness and humanity in the world. But it is careless to do so without remembering how previous efforts have failed, and how it has never been possible to predict for certain how a human being will behave.”