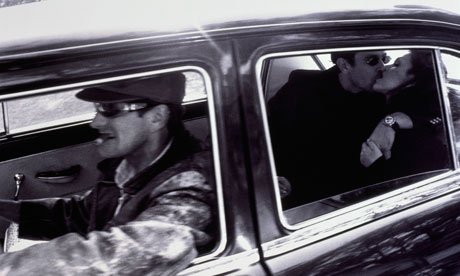 Sitting in a cab on my way home the other week on a wet dark evening I noticed a very small TV screen, adjacent to the driver’s rearview mirror, streaming live video of me sitting there. It was rather disconcerting looking at myself in a miniature digital mirror – with no recourse to turn it off or move out of its lens. The same thing happened a few nights later when I hopped into another taxi – only the camera was wide angled in a way to get both me and the taxi driver on the screen, as if we appeared to be sitting next to each other. Even more disturbing. 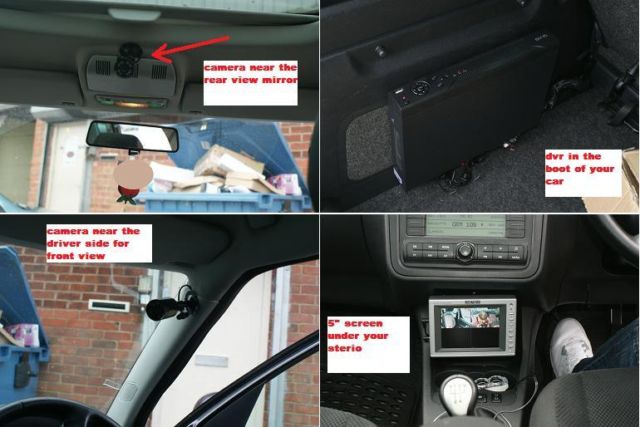 An ad for an all inclusive CCTV system on eBay.

I asked both drivers why they were using them. They replied that it was the law now, whenever you applied to renew your license from Brighton and Hove council. Each unit cost upwards of £500 and the data is recorded onto a hard drive located in the car boot. If an incident happens the driver can send the hard drive to a company who for £12 a pot, will retrieve the requested incident. This footage can be used in a court as evidence. The reason why many taxi drivers have not complained about the extra cost or new law, is to protect themselves from what appears to be increasing numbers of non-paying customers and violent drunks:

“Taxi driver head butted and bitten in attack shows why CCTV Cameras are crucial for our safety and security!”

I wonder if they would feel the same, if the tables were turned, and the value levelled at the taxi CCTVs was considered for the customer’s safety, where it could be used as potential evidence against them – from assault to racist comments. Maybe next someone will suggest they become compulsory for all company cars, cabinet minister’s cars, police cars even and on and on.

We have all gotten used to CCTV cameras being everywhere – in our shopping malls, buses, trains, roadsides, car parks, railway concourses, homes, traffic lights, bridges, schools, universities. Somehow the public location of these make them appear distant and hence more acceptable. The ones I saw in the taxis were far closer making them less acceptable. Tiny cameras poking their noses at you in the dark – trapped in the headlights so to speak – not able to walk away from their prying eyes, which is why it is such an uncomfortable experience. What makes it worse, is that often the drivers have a big infra-red illuminator next to the camera so as to make the image clearer in the dark. Lots of red glowing beads pointing at you encased in a big lamp. And no doubt there is a discreetly placed mic in the back seat or roof of the car tuned into record the conversations taking place – which I am sure MI5 would be very happy to get their hands on and mine for interesting topics. 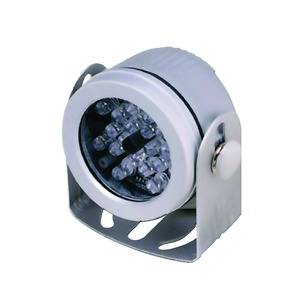 I always thought paying for a taxi to drive you to a destination of your choice was a private transaction. This latest ‘safety measure’ clearly contravenes that expectation. Whatever next?

Kids no doubt love the in-car CCTV, entertaining themselves by making faces and mooning, and turning it into their very own Big Brother show. But I could not help thinking how uncomfortable it would be for amours on noticing themselves being recorded on camera for evermore. Canoodling viewed on technicolour CCTV digital is very different from an occasional glance in rear mirror shadow. Many a relationship has begun in the back of a taxi; the intimacy affords brushing of legs and sitting closely leading to that first kiss. For others, it might make them wonder if 1984 had finally arrived.

The mark has been overstepped. How does Brighton and Hove Council, along with several other councils who have followed suit, think it perfectly legitimate to legislate such an invasion of privacy? Laura Macphee has also written about this invasion of privacy in the Guardian for Oxford (The photo at the top is from her article).